Myth: Positive Psychology is about being happy all the time.

Fact: Positive Psychology encourages us to recognise all emotions, including the negative.

Positive psychology is a growing field, one which we live and breathe at Langley Group. It has positively altered the direction and language of mainstream psychology, opening career opportunities in coaching, counselling, and organisational consulting for practitioners to enhance wellbeing in ever-increasing ways. The science of positive psychology has brought approaches proven to help people and organisations cope with stress and build sustaining relationships, engagement, meaning and vitality.

Despite evidence-based advantages, positive psychology has critics, which is very important in any science – many who debate its merits in journal articles, the mainstream press and online. Whether you consider these views as misconceptions or not, let’s look at what they have proposed over time. 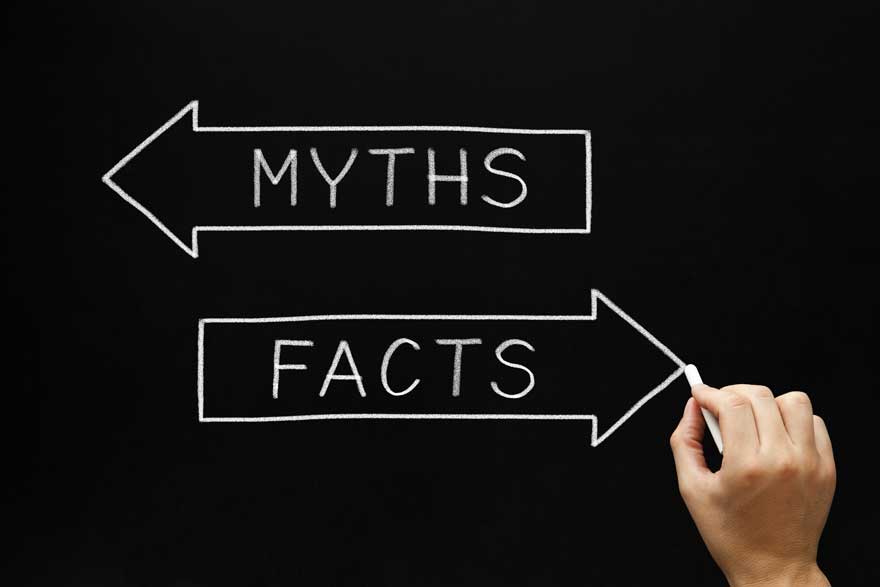 In a book by Oliver Burkeman (2012), he controversially titled The Antidote: Happiness for People Who Can’t Stand Positive Thinking, broadsides simplistic advice of putting on a smiley-face and pursuing short-term gains in favour of mindful acceptance of negative emotions in an uncertain world.

Barbara Ehrenreich’s bestseller Bright-Sided: How Positive Thinking Is Undermining America (2009) voiced a backlash against Western culture’s positivity bias and a tendency to deny adverse outcomes that likely contributed to the GFC.

Scholars of positive psychology and educated professionals have also voiced concern that the science they research and promote is often co-opted by self-help advocates and misrepresented by poorly trained practitioners.

In the “tyranny of positivity” (Held 2002), positivity was said to be an attitude some felt had gained too much attention, feeding into discomfort with and avoidance of negative experience and realistic appraisals of life challenges.

This view has dropped away a little more recently with more research in positive psychology that explores interventions in therapeutic conditions, post-traumatic growth, global challenges and the pandemic, with what is now considered the third wave of positive psychology.

Truth: Positive Psychology is not “Happyology.”

Self-help promoters and the media often give the impression that people “should” be happy all or most of the time. This view can lead people to feel pressure to achieve the impossible or like a failure for having negative emotions, moods, and experiences. This, in turn, can increase negative self-talk, rumination, or depression. A study by (Bastian et al. 2011) highlighted the impact of social expectation on happiness: when people believe others think they should feel happy and not sad or stressed, they feel worse. Offering a supportive space where people can express emotions and honestly share what they are experiencing is far more helpful and authentic than simply telling people to “be positive” and “look on the bright side”.

With roots in humanistic psychology and the study of human health, positive psychology evolved to better understand what is right with people, not just what is wrong. It is designed to complement the treatment and prevention of mental illness by identifying and celebrating what makes life worthwhile, productive, and fulfilling.

The science and practice of positive psychology are not about promoting “happyology” or ignoring the realities of negative experiences or the ups and downs of life. Positive psychology does not prescribe specific levels of happiness. It provides meaningful insight, analysis, and strategies to help people leverage positive emotions, build resilience to learn from and manage negative emotions and experiences, and raise levels of wellbeing and effectiveness overall.

“Psychology is not just about illness or health; it is about work, education, insight, love, growth, and play. And in this quest for what is best, Positive Psychology does not rely on wishful thinking, self-deception, or hand-waving; instead, it tries to adapt what is best in the scientific method to the unique problems that human behaviour presents; in all its complexity.”

Truth: Positive Psychology is not about ignoring negative Emotions

Positive psychology tries to adapt what is best in the scientific method to the unique problems that human behaviour presents in all its complexity and considers the emotional experience in totality. The assumptions and mythmaking around positive psychology stem from the meaning we commonly ascribe to “positive” and “negative”. Positive psychologists such as Dr Alex Linley, founder, and director of the UK’s Centre of Applied Positive Psychology, are careful to describe these as poles on the spectrum of the human condition rather than implying or promoting an inherent dichotomy or split.

Emotions contain data about ourselves, other people and the world around us. Whether scientifically classified as “positive” (e.g., happiness) or “negative” (e.g., fear, anger, sadness), they give us early data points that help us think and act more intelligently.

Emotions occur quickly and automatically, usually without conscious thought. To ensure our survival, negative emotions are often faster, stronger, and longer-lasting. Their primary function is to promote actions and mobilise us to deal quickly with interpersonal or threatening events. For example, fear can motivate us to leave a dangerous situation; anger can give us the energy to rectify a social injustice or get out of procrastination, while sadness elicits empathy and enables us to draw on support.

“Probably the biggest insight…. Is that happiness is not just a place but also a process…. Happiness is an ongoing process of fresh challenges, and…. It takes the right attitude and activities to continue to be happy.”

Truth: Positive Psychology is about being the best you can be

On the other hand, according to Barbara Fredrickson (2001), positive emotions help broaden and build our repertoire of thoughts and actions. Joy creates the urge to experiment and play; interest increases curiosity to explore and engage in experiences and self-development; contentment stimulates savouring and integrating experiences into self- and worldviews. Notably, the internal and external resources developed by experiencing positive emotions outlast transient emotional states, propelling us in ‘upward spirals’ toward optimal performance, wellbeing, and growth.

When we teach individuals and organisations how to leverage the benefit of positive emotions and be more intelligent in managing emotions, we explain how positive, negative, and neutral emotions can be applied to achieve better outcomes in different situations. Positive emotions encourage open-mindedness, flexibility, creativity, feedback learning and goal attainment, while neutral or slightly negative emotions help us focus, correct errors, assess risks and evaluate plans. Excitement and enthusiasm create high-energy idea-generating states; serenity and even sadness are low energy emotions that encourage reflective states.

To give ourselves the best chance of success, we need tools at our disposal to increase the duration and intensity of our positive emotions and decrease the intensity and duration of our negative emotions. We also need tactics to build emotional and physical health and wellbeing into our lives through relationships, community, strengths, engagement and meaning.

“Positive psychology…. wonderful on the good days, essential on the bad”

In summary, living a flourishing life isn’t just about being happy. It’s about being authentic, which includes joy and sadness, love, and conflict. Challenging emotions provide opportunities to improve ourselves, become clear about our values, and lead to some of the most meaningful endeavours.

Study the Diploma of Positive Psychology with Langley Group Institute – a positive and engaging, life-changing experience.