Previous Next
Emotional Intelligence and Peak Performance: A Winning Strategy

The intelligent use of emotions is a cornerstone of peak performance.

Leaders, coaches, athletes, teachers, parents, prime ministers, humans from many walks of life, can benefit from learning more about emotions and how to master them to achieve better outcomes for themselves and others. Even those whose work doesn’t involve dealing with people on a daily basis can be more effective and make better decisions by becoming more aware of their own emotional state.

We are emotional and social creatures. So much of our success depends on our capacity to perceive, understand, use and manage emotions in ourselves and others.

You could even say that EQ (or EI) is more important than IQ as it helps us to integrate our emotions and our thinking and make intelligent choices.

Last week Michael Cheika, Head Coach of the Australian Rugby Team, laughed off opponent’s barbs about his lack of education and his players “not being the brightest”, saying that it was emotional intelligence that would count in the game against England.

“Sometimes it’s not intelligence but emotional intelligence that helps in this game. It’s not the IQ, it’s the EQ.”

He may have been right about his team’s winning strategy because they won the play off with England the next day.

In interviews after the game it’s clear that keeping his players mentally on track rather than emotionally distracted is part of Cheika’s day-to-day approach, as well as building the confidence and self-belief they need to succeed. Both these qualities are hallmarks of an emotionally intelligent leader.

“Emotional intelligence comprises a blend of social competence, ability to read people and regulate emotions, along with a masterful awareness of one’s own emotional and mental state,” he says. “When you are aware of emotions you can use that information to direct your actions in accordance with your goals.”

Recounting an example from his own sports career, Gronbeck recalls a volleyball game where he realised he was extremely anxious. He had developed a contingency strategy for regulating his emotions that involved a particular breathing routine and body posture. He was able to draw on this routine to achieve a calm state of mind even while his body was travelling at a million miles an hour.

“Having emotional awareness allowed me to gather myself and perform in the way I desired rather than paying attention to my anxious emotional state. What can happen is we distract ourselves from the more important things in that moment, such as where the ball is, which way the wind is blowing and what our opponents are doing. By attending to our emotions, thoughts or even the feelings of our opponents too much we can lose our focus. In this case even empathy, a prime emotional Intelligence capacity, had to be turned off!”

In other words, he used his emotional intelligence to pick up on emotional cues early then take the most effective action to stay focused and achieve peak performance.

For a leader going into a critical negotiation or delivering an important presentation, the same level of focus may be required.

If they allow the emotional stresses of the day to build up unchecked without understanding what they are feeling or why, they have less options and less ability to show up in the right mental and emotional state when it counts.

Emotions contain data about ourselves, other people and the world around us. Remaining open to feelings gives us valuable early data points  that help us think and act more intelligently.

We now know from modern neuroscience that emotions play a critical role in influencing and guiding our thinking and behaviour.

When our pre-frontal (thinking) cortex and limbic (emotional) system are not communicating effectively, we may behave emotionally rather than intelligently, lose our focus or make logical assessments without considering the emotional implications of our behaviour. 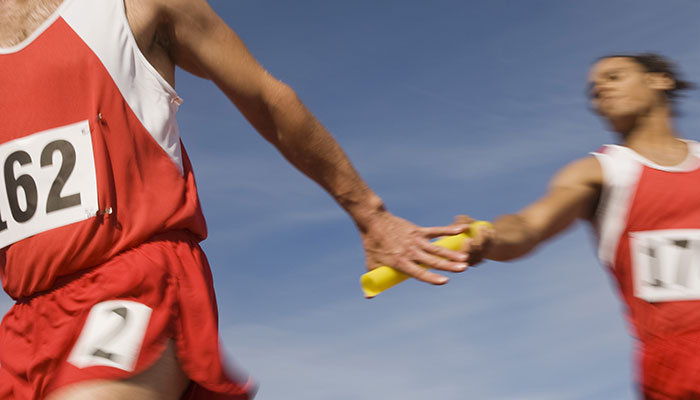 Emotional intelligence is about harnessing these two aspects to ensure we are managing our own emotions rather than allowing our emotions to manage us.

Learning how to use emotions intelligently empowers us to respond effectively, rather than reactively. By increasing our range of strategies we can achieve more positive outcomes and improve our performance.

Both proactive and reactive strategies are important. Proactive emotional intelligence strategies may include getting regular exercise to let off steam and keep our brain and body healthy or increasing the amount of positive emotions we experience day to day. A reactive strategy may be something you rehearse ahead of time then use in the moment to manage negative emotions. A simple breathing ritual can help you in a meeting when you feel yourself getting frustrated and know you have to bite your tongue. Sitting on your hands or changing your posture can change how you feel. Focusing on something else can reduce the impact of that emotion and give your brain time to think of a better way to respond.

You can learn more about emotional intelligence by downloading my white paper. It examines the science, practice and business impact of emotional intelligence in the workplace, including how and why emotions influence thinking, behaviour, performance, decision-making and results and a snapshot of bottom-line results achieved across industries.

You may also be interested in learning more about the Emotional Intelligence programmes we deliver in global organisations and government departments or the advanced emotional intelligence training I offer to coaches, consultants, business leaders and human capital managers.