Why do people find it so hard to change when they know it’s good for them?

Previous Next
Why do people find it so hard to change when they know it’s good for them?

Why do people find it so hard to change when they know it’s good for them? 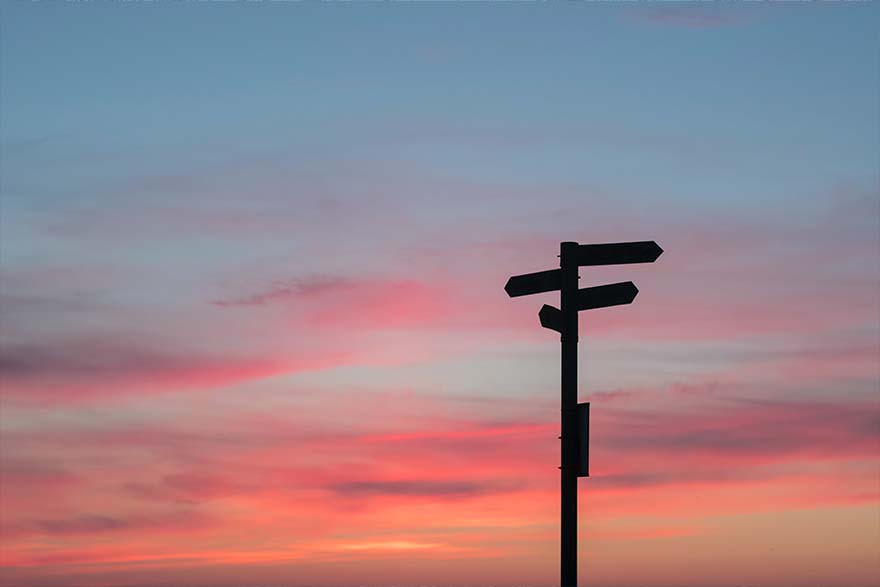 There are several ways to create change; from slightly modifying or adjusting our behaviour, substituting one action for another, through to embarking on a complete overhaul of the way we do things.

Regardless of how big or small the change may be, the intention is most often to bring about more positive outcomes. So why aren’t we able to embrace change more effortlessly when we know it is good for us? The answer, in part, lies with science. The very design of our brain prompts us to take the easy way out. Change requires a rewiring of our brain’s pathway, which prefer to follow comfortable and familiar patterns.

Despite well-documented resistance, we wouldn’t be human if we couldn’t change. Human society is one of constant adaptation and reinvention. We evolved from single-cell organisms over aeons, so change is in our blueprint. In fact, as modern humans, we are geared to life-long learning and growth and are gifted with enormous potential to change if we put awareness, effort, and commitment into making it happen.

Understanding the neuroscience of change and how the brain works during the process can help us manage change resistance and develop strategies to maximise our brain’s capacity for neuroplasticity. This plasticity is the function that allows ours brains to reorganise the way it perceives stimuli, to make new connections and neuro pathways that lead to systematic changes.

Our brain cells are continually forming new connections and restructuring our perceptions and physiology over time. In fact, this ingenious process of neuroplasticity happens thousands of times every day. The process of cortical remapping can be explained with the analogy of driving through a national park. If I drive my 4WD down the same track every day, that track will get deeper and more open and be easy to move down while the others will become overrun, with weeds sprouting up through the middle and trees encroaching on the sides. Our neurons work in the same way. The more we drive down one particular path the easier it becomes – whether that path is effective (like practicing mindfulness) or ineffective (like yelling at someone when we are angry).

It may take effort initially to choose to drive down a new path – it is overgrown and takes more concentration, especially when we are under pressure. With a bit of effort, we can knock back the weeds and overgrowth and create a new path that, over time, is easy to navigate. Our neurons fire together quicker and with repetition they become embedded as habits in our internal control centres. Yet, as the saying goes, old habits die hard.

Even when faced with a life-threatening situation, people tend to resist change despite knowing the repercussions. Studies reveal that when heart disease patients who had undergone traumatic bypass surgery were told if they did not adjust their lifestyle they would die, or at best undergo the life-saving procedure again, only 9% modified their behaviour [1].

We also see this resistance every day in organisations experiencing change. Research has found that over 70% of organisational change initiatives fail because of people resistance – not because they weren’t good business ideas.

Our brains are predisposed to take the easy option, which is why change requires effort and persistence.

Neuroscientists divide the brain into X-system (reflexive) and C-system (reflective) functions. UCLA professor Matt Lieberman defines the X-system as energy-efficient, reacting automatically and fast. Tuned in to immediate goals and past emotions, memory, habits, and beliefs, it matches perceptions with patterns on the fly.

The C-system takes more energy to function and processes information more slowly, one step at a time. Governing higher-order thinking, the C-system’s job is to consciously reflect on, challenge and correct the X-system [2].

The limbic system (System X) – which includes our emotions, connection with others, memory, and habits. The limbic system acts as a control centre for conscious and unconscious functions, regulating much of what the body does. It could be seen as the well-paved road.

The pre-frontal cortex takes more energy to function whereas the limbic system is energy efficient. What that means is, it takes more effort and energy to think about and do something new than to react out of instinct or habit. Whenever we act or think in ways we have done in the past, we reinforce neural connections in our limbic system. We rely on old patterns and already formed pathways. Some examples of things we do daily that happen without much thinking are brushing our teeth, riding a bicycle, or getting dressed. Very few people must decide consciously which leg to put into their trousers first. These simple behaviours have been shaped repeatedly by training and experience and are now habitual and low energy. Similarly, the limbic system operates on autopilot to some degree, remembering the route to the office, waving hello to the receptionist on your way through, and understanding how to start up your computer.

When it comes to conscious decision making according to our motivations, the pre-frontal cortex is called upon to use or create new pathways and patterns. Our perception of the situation considers which type of behaviour we would like to use. If we want to inhibit our impulses or actively influence where we place our attention – it can be hard work, even when we know that these behaviours will lead to positive changes.

Considering that changing a habit or embedding a new behaviour can put the pre-frontal cortex under pressure, we can see how we might relapse and favour reverting to earlier behaviours. Our brain will opt for familiar patterns that are easier to follow. Our physiology plays a part in avoiding change and finding it hard to maintain commitment towards overriding a habit

“A habit cannot be tossed out the window; it must be coaxed down the stairs a step at a time”

Another function of the brain that may predispose us to resist change is Error Alert. Survival depends on our capacity to detect errors in our environment and react quickly and instinctively to avoid a threat. When our brains perceive a difference between what we expect and what occurs, a rapid-fire signal is produced. This error detection mechanism is located in the orbital cortex just above the eyes, and is closely connected to the amygdala, one of the oldest areas of the brain. The amygdala is part of the limbic system and draws energy away from the prefrontal cortex, activating the surge of fear or anger we need to mobilise instinctively into action. This is commonly known as the fight-or-flight response.

Imagine you are on a walking safari in Africa, your orbital cortex notices an error – a bush moving to your left – and immediately triggers the amygdala. You go into high alert, adrenaline courses through your body. Was it the wind or a lion stalking you? You want your brain to pick up on these things, to notice potentially dangerous changes in your environment, so you do not become the lion’s dinner. You also want your brain and body to shift back to normal when the danger has passed because sustained stress is damaging.

We are hyper-vigilant to detect and act on changes in our environment—yet we like to get back to what is familiar as soon as possible. That is when the brain’s tendency towards homeostasis kicks in. We look for ways to create certainty again, perhaps by checking the bushes or running back to camp. David Rock and Jeffrey Schwartz define homeostasis as “the natural movement of any organism towards equilibrium and away from change” [3]. Changing our behaviour, even in the act of trying to save yourself from a wild animal, can be met with resistance as our brains prefer to return to what they know.

When change is happening around us—in our relationships, society, and workplaces—we can feel threatened. One way to understand this is by looking at our brain’s threat-reward system. The motivation behind much of our behaviour is driven by the desire to minimise threat and maximise reward (Gordon, 2000). Neuroscientists call this fundamental principle the ‘walk towards, run away’ theory.

One of the fundamental ways in which our brain is ‘wired’ is that we move away from threats and towards reward. As we have discovered, the brain is always scanning for threat and prefers safe, easy, and energy-efficient options.

When we feel threatened, due to a proposed merger or restructure in an organisation, or a presentation we must give to a large audience, we are inclined to avoid the situation, rather than embrace it. We can feel uncertain, focus on the negative and disengage. Our pre-frontal cortex also has less reserves of energy (oxygen and glucose) so we are less likely to make good decisions when feeling threatened or be able to take on new ideas and appreciate the big picture.

The opposite happens when the reward system is activated, for example if our presentation goes well and we receive great feedback, or our team successfully completes a challenging new project. We want to make the most of our positive emotions and experience and are more ready to engage with people, ideas, and solutions. Our brains release dopamine, and we feel great, and we are therefore likely to approach the behaviour again.

So how can we leverage our brain’s capacity to approach change and reshape habits that no longer serve us and to adopt new, more desirable attitudes and behaviours? How can we walk towards change with positivity and confidence?

Drumroll…… introducing, willpower. Willpower, also known as self-regulation, is the focussed attention and mindful action to push through resistance and rewire habitual patterns. This process of intentionally changing our brain circuits is called ‘self-directed neuroplasticity’. Depending on the change you are trying to make, willpower alone may not be enough.

We need to repeat new behaviours again and again, maximise reward by surrounding yourself with supportive influences, and accept that threats or setbacks are somewhat inevitable. Change is only possible once the behaviours that lead to it are embedded into our neural networks. Change involves a journey down a path not taken, a likely detour back to old patterns, the crossroad of commitment, the frustration of discovering dead ends, possible U-turns, and gear changes before finally arriving at new behaviours.

We hope this blog sheds some light on why we find it hard to change, even when we know it is good for us. It makes sense that change is not typically a comfortable or linear process given it’s our brains instinctive behaviour to crave what is familiar and easy. Once we understand the science behind change resistance, we can prepare to tackle it head on.

More about the Neuroscience of Change?

For more strategies to optimise our brain’s potential to learn and change, download our Whitepaper

Head to our blog post on creating lasting habits

Or contact us about bringing neuroscience insights and strategies to your organisation.